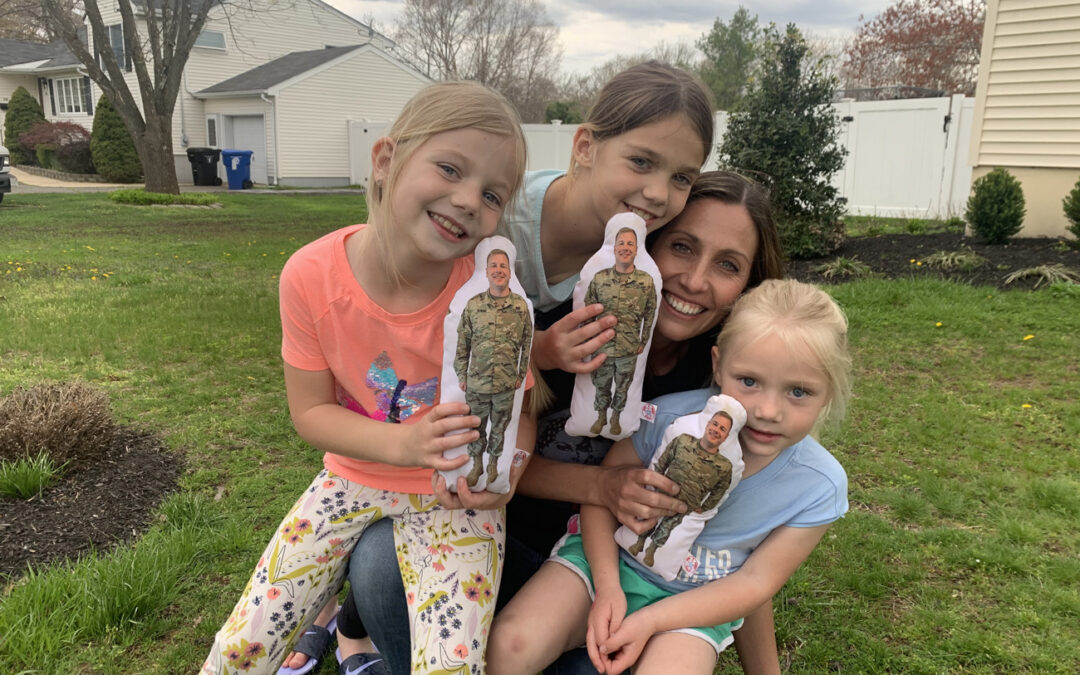 Middletown, New Jersey, April 19, 2021 – “I especially missed my Dad at night. He used to read my sisters and me bedtime stories, cuddle with us, watch tv, and just be fun. My Mom had ‘Daddy Dolls’ made for us with his picture on them. Squeezing the little pillow tight helped me fall asleep when I was sad. It was hard. I’m so glad that he’s home now,” said 8-year-old Ellie Zilinski of Middletown. The third grader’s father, U.S. Army Major Matthew Zilinski, was reunited with his wife and three little girls one year ago after an 11-month deployment overseas.

Major Zilinski was escorted home in April 2020 by a caravan of firetrucks, police cars, family, and friends as spectators practicing social distancing lined the streets to watch. The excitement – widely covered in the media – lifted spirits in the community during the first few weeks of the pandemic.

“Now, a year later, we’ve had time to absorb how Matt’s deployment affected our girls. They longed for their Dad to be part of their everyday lives. They couldn’t share their triumphs with him about school. He couldn’t watch them play, share meals, enjoy birthdays, and celebrate holidays. As much as I tried to comfort them, they just wanted their Dad,” said Brie Zilinski, Major Zilinski’s wife.

April is designated as the Month of the Military Child, recognizing the impact an armed forces life has on the children of those who serve our country. Sponsored by the U.S. Department of Defense, the Month of the Military Child is a time to honor military families and their children for the daily sacrifices they make and the challenges they overcome. The Lt. Dennis W. Zilinski, II Memorial Fund is proud to honor all military children who do their part, like Ellie, and her sisters Quinn and Piper, who have sacrificed.

“My Mom also used to put my Dad’s shirt over my big pillow and spray his cologne on it. It made us feel like he was right there with us,” added Ellie Zilinski. Her sister Quinn said, “I used to look around and see all my friends with both their parents and it made me sad.”

The Lt. Dennis W. Zilinski, II Memorial Fund was created and founded in 2006 to honor Lt. Dennis Zilinski (Matthew’s brother) who was killed by a roadside bomb in Iraq in 2005. The twenty-three-year-old was a Middletown, New Jersey resident, a Christian Brothers Academy alumnus, and a distinguished West Point graduate. Dennis was a member of the 187th Infantry Regiment, 3rd Brigade Combat Team of the 101st Airborne Division. Since his untimely death, family and friends have united with the Memorial Fund to provide support to improve the morale and welfare of members of the United States Armed Forces and their families.

One of the main accomplishments of The Lt. Dennis W. Zilinski, II Memorial Fund is sponsoring service dogs for disabled American veterans suffering from PTSD and TBI. To date, the Memorial Fund has sponsored more than 100 service dogs. 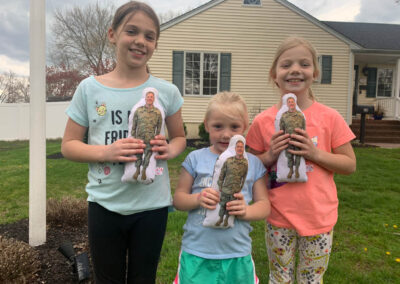 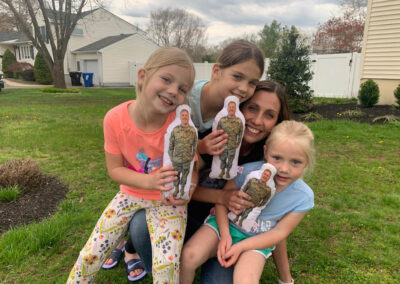 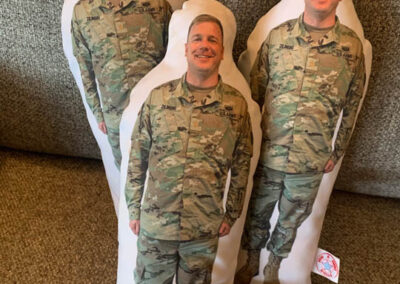