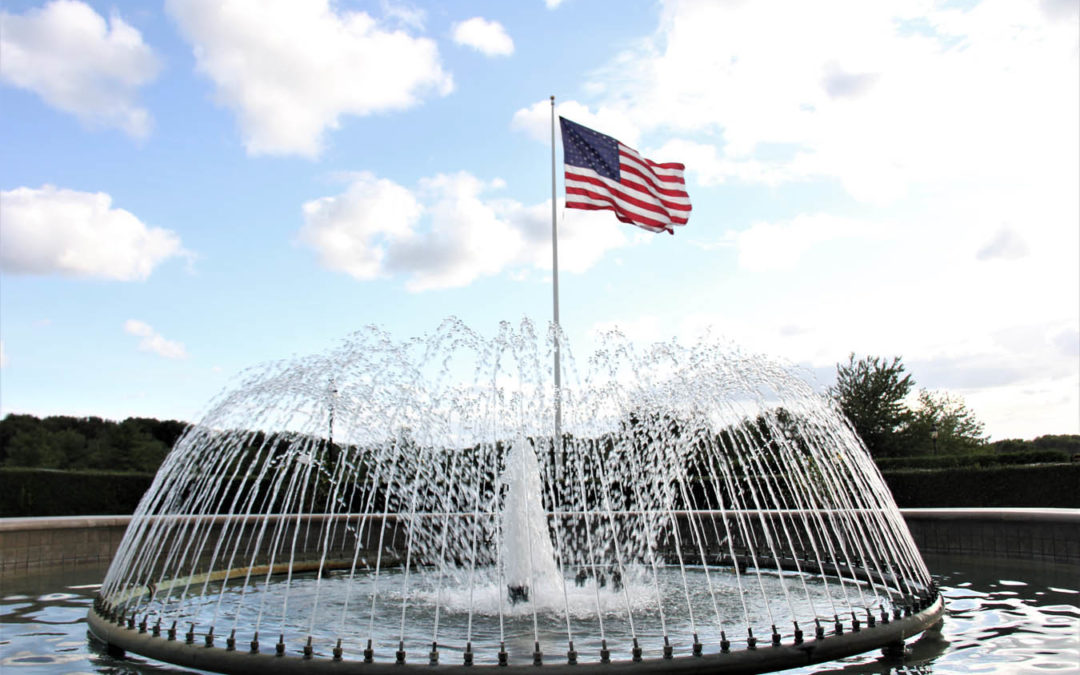 I’ve interviewed a lot of people in my 25 years as a television news reporter… celebrities, criminals, politicians, CEOs, presidents, governors, and witnesses to just about everything. I have always been most touched, humbled, and honored when speaking with those from our Greatest Generation. My conversation with WWII Veteran Charles Sona left me wanting to hear more stories, more wisdom, more everything. I am grateful for his time and am proud he said I could call him “Crabby” – a funny nickname his friends gave him for his incredibly witty humor that had me giggling unexpectedly.

At 96 years old, Charles Sona has a crisp memory and is razor sharp with his answers and stories. The World War II Naval Veteran who lives in Freehold said, “I guess God hasn’t taken me yet because I still have too much to do.” He says being blind and old now isn’t easy, but he wants to carry out his mission to help as many veterans (who have been honorably discharged) as possible.

“Crabby” went into the service in 1943 at 18-years-old. He wanted to enlist earlier but his mother wouldn’t sign the papers. He trained at Camp Endicott, a Navy Seabee facility in Rhode Island, and then in Maine and Southern California. But soon, the upper ranks discovered his extraordinary senses. Charles could hear people walk on dry grass. Soon he was off to Hollandia in New Guinea, to do clean-up work in the war. He says God has kept him around this long to pay penance for his “dirty deeds” there more than 75 years ago.

While in New Guinea, there was an explosion. It knocked Charles to the ground. He suffered a Traumatic Brain Injury which threw off his balance. His remarkable hearing was also no more. He still hears ringing in his ears to this day, but there would be no Purple Heart Award for this hero. You can’t receive a Purple Heart if no blood was shed according to Charles. I hear a sadness in his voice. “But they thought I wouldn’t make it very long, so after two hospitalizations in Australia, I was discharged.”

Charles returned home and lived with his parents for a while. His PTSD got the best of him. He now had a short fuse when someone said the wrong thing to him out at a bar, but in time, he learned to control his anger and his fists.

Then, he met MaryAnne. He said, “That’s when I got hit with a two by four.” He was instantly lovestruck, but MaryAnne needed convincing. It took him a year and half to convince her to accept his marriage proposal. They raised three children together – Susan, Jacqueline, and Charles. He says he was blessed with two grandchildren, and two great-grandchildren.

He raised his family with MaryAnne in Woodbridge, and he worked as a television technician at Dumont. He recalls one Christmas Eve with an irate customer livid about her service. “She was yelling at me when I got to the door and in about one minute, I saw the tv was unplugged. When I explained to her that tvs required electricity and plugged it in, we both started laughing. After all, what was there to be mad about? It was just plain funny.” The customer made him stay for dinner with her husband. Yes, Crabby is someone you’d want over for dinner – his sense of humor is contagious.

What makes him sad though is missing his wife who passed away 12 years ago. “I know she’s holding my spot for me.” As we spoke about loss and grief, he quickly pivoted to Marion and Dennis Zilinski, who lost their son Dennis in Iraq in 2005. “Oh, those two, I’d do anything for them. What they are doing is so, so wonderful, helping veterans.” He says he’ll do anything for the Lt. Dennis W. Zilinski, II Memorial Fund because “they’re doing the right thing.”

Something else also makes this World War II Veteran sad… “I’m sad what I see happening to our beautiful country. Our liberties are being eroded. Our values are being discarded. Where is the pride in being American? How about reinvesting in America instead of spending money overseas in foreign countries? Instead of sending jobs over, bring them back. At one time we were self-sufficient. Now, we’re dependent on our enemies.”

Indeed, so much to learn from Charles Sona. “I enjoyed our conversation, Karla. It was really a pleasure, thank you.” Crabby, it was an honor and privilege.