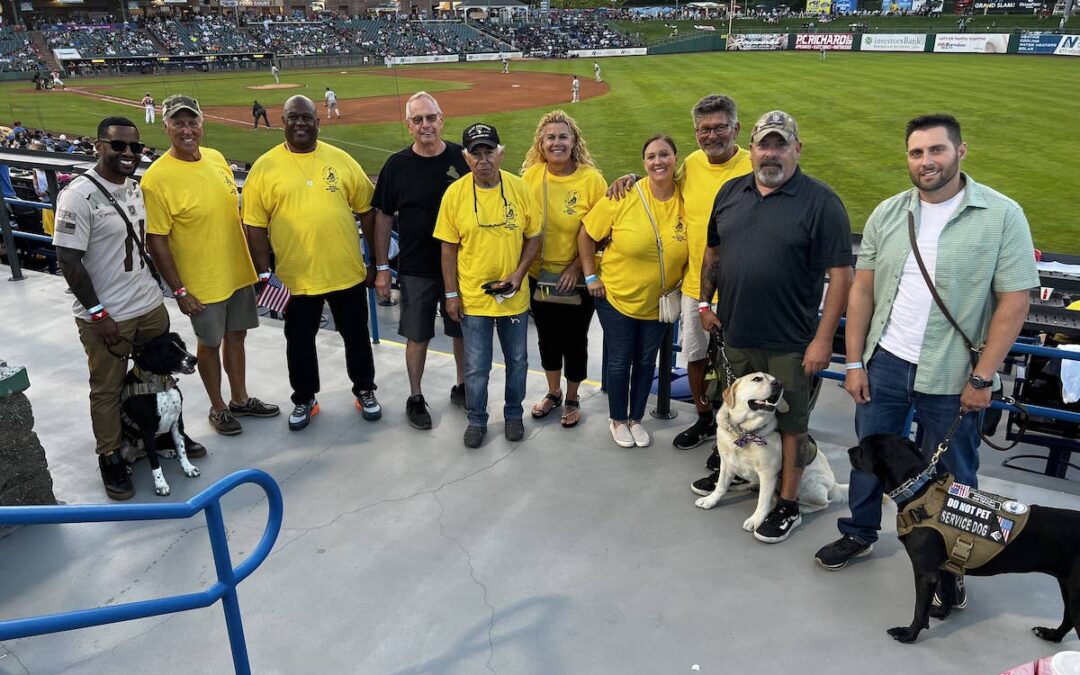 July 19, 2022, Lakewood, New Jersey – The Lt. Dennis W. Zilinski, II Memorial Fund was honored that BlueClaws First Basemen Rixon Wingrove wore the “Zilinski” name on the back of his jersey on Military Appreciation Night at First Energy Park in Lakewood. Gold Star families received special recognition at the ball game with each player wearing the last name of a warrior on his jersey. Lt. Dennis Zilinski was killed by a roadside bomb in Iraq in 2005. The twenty-three-year-old was a Middletown, New Jersey resident, a Christian Brothers Academy alumnus, and a distinguished West Point graduate.

After the game, the “Zilinski” jersey was presented to Lt. Dennis Zilinski’s father, Dennis, and his sister, Michele Vaughn. Fox and Friends Anchor Pete Hegseth, a Monmouth County resident who threw out one of the first pitches, also took time out to recognize the Zilinski Memorial Fund for assisting veterans with post-traumatic stress disorder (PTSD) and our troops overseas.

“We are grateful that Pete Hegseth appreciates our mission to help veterans and our service members, and that he thanked our family for our sacrifices. His presence helped lift the spirits of veterans, active military, and their families who enjoyed the night out at the ballpark. We are also thankful to Lt. Col. Matt Horn for representing our Memorial Fund with one of the first pitches. I know my son was looking down at us with a smile on his face during this very special event,” said Dennis Zilinski, Co-Founder and Board Member of the Memorial Fund.

“I was extremely humbled when the Zilinkskis bestowed the honor of representing the Lt. Dennis W. Zilinski, II Memorial Fund on me by throwing out the first pitch in Dennis’ memory. Their organization leads the way in honoring our fallen comrades, caring for our wounded heroes, and supporting our deployed Warfighters,” said Lt. Col. Horn.

The Memorial Fund hosts this annual outing each year on Military Appreciation Night to honor all service men and women past and present. Veterans, soldiers, and their families enjoyed a great night of baseball, conversations with other military families and supporters, and a picnic dinner – with hotdogs, hamburgers, and macaroni and cheese – in a lively environment. A supply drive for deployed troops and special ceremonies with our military were also held. Our Board Chair Steve Hoptay was also interviewed on the ball field about all that we do. The Zilinski Memorial Fund also proudly sponsored the tickets for several members of the Disabled American Veterans (DAV), Chapter 74, in Freehold. 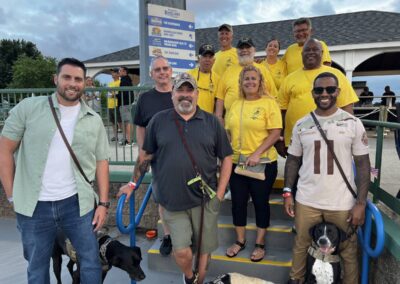 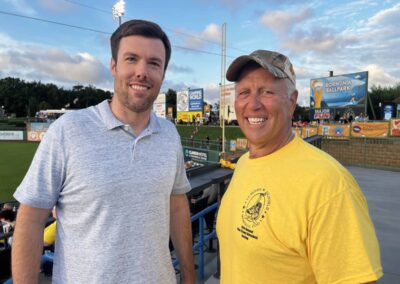 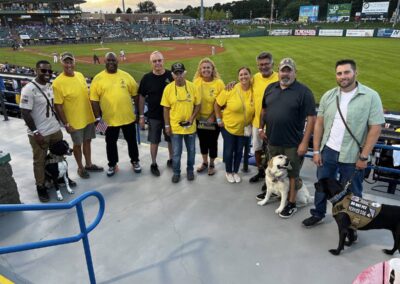