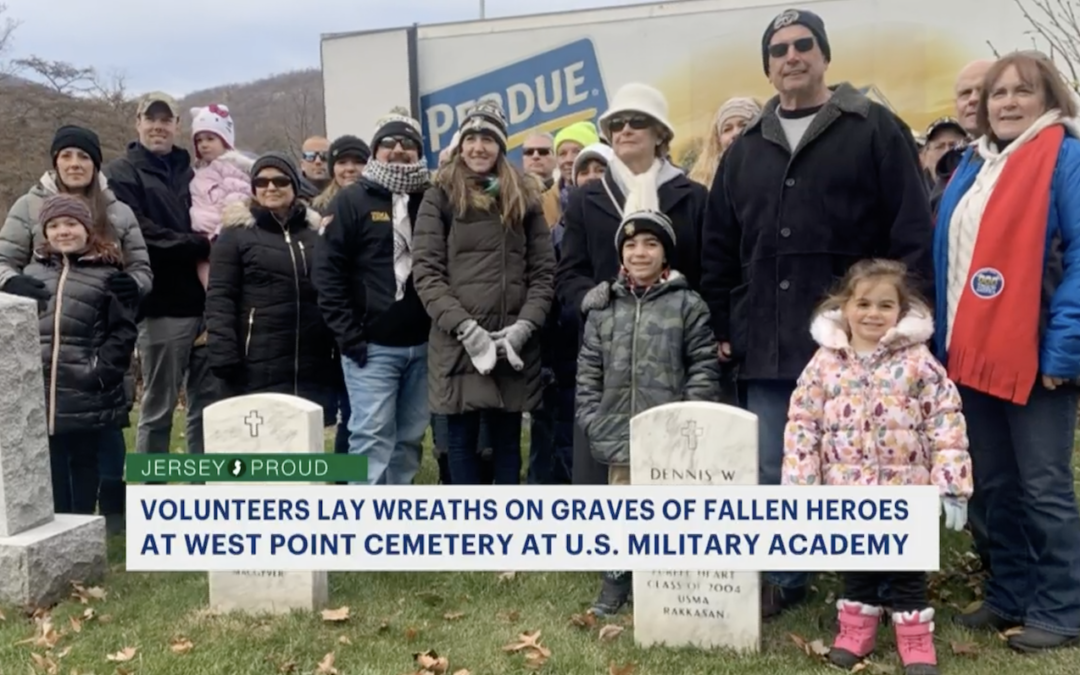 A group of volunteers traveled from the Jersey Shore to West Point Cemetery at the United States Military Academy to lay wreaths on the graves of more than 1,400 fallen heroes.

They did it to honor Lt. Dennis Zilinksi.

The West Point graduate from Middletown was killed in action in Iraq 16 years ago. He is buried at West Point.
Holmdel resident Nicholas Codispoti made it happen.

The 15-year-old worked with the Lt. Dennis Zilinski Memorial Fund, which also donated $10,000 to Wreaths Across America.

Together, both groups covered the graves of more than 7,000 veterans.