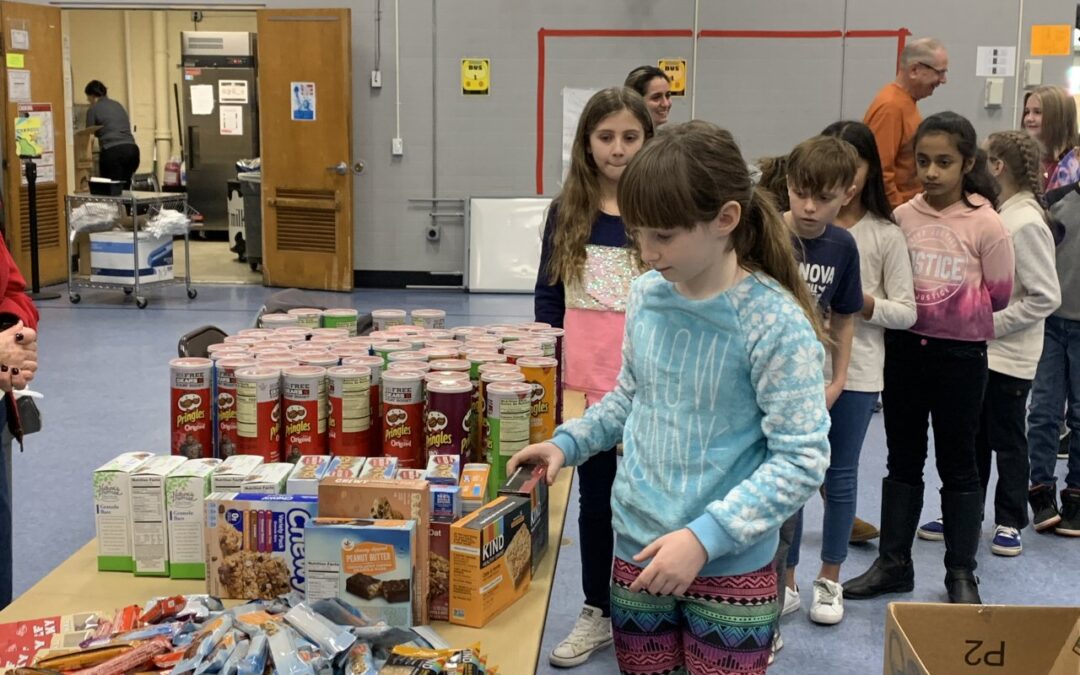 “Give Back Week” Collection to Benefit Deployed Soldiers in Honor of Lt. Dennis W. Zilinski, II

MIDDLETOWN, NJ  – “It’s one thing to teach children a lesson in a book, but it’s another to teach children through action. Not only did our fourth graders collect needed supplies for those who are deployed, but they got to hear first-hand from the mother of a fallen soldier how the items would make a difference for morale overseas,” said Michael Melando, Principal of Fairview Elementary School.

About 50 fourth grade students at Fairview Elementary School in Middletown collected needed supplies and goodies for deployed servicemen and servicewomen as part of “Give Back Week” – a school initiative to instill the value of community service in the children. The collection for the troops was in honor of Lt. Dennis W. Zilinski, II, a Middletown resident and graduate of Christian Brothers Academy in Lincroft, who was killed in action by a roadside bomb in Iraq in 2005.

Dennis’ mother and father, Marion and Dennis Zilinski, co-founders and board members of the Lt. Dennis W. Zilinski, II Memorial Fund, met the students at a program at the school where students also made cards for the troops. Marion thanked the children for collecting personal items including toothbrushes, toothpaste, hand sanitizer, powder, lip balm, and soap, as well as goodies including Pringles, gum, beef jerky, protein bars, and playing cards.

“You don’t know how excited these men and women will be to get your packages filled with personal items and treats. When you’re in a place like Afghanistan, stores don’t exist at the corner where you can buy a toothbrush or lip balm, and it’s no fun to go without items you really need,” said Marion Zilinski.

Marion Zilinski went on to tell the children that her younger son, Matthew, is currently deployed with the National Guard while his wife stays home in New Jersey caring for their three daughters. She added, “My son and his soldiers will receive some of these items, and they’ll be very happy.”

One of the fourth graders in the crowd, Lizzy Wittmer, said she knows the sacrifices of being a military family all too well. Her father serves in the Army. Lizzy told us what she thought of collecting supplies and making cards for our troops. She said, “I feel good, and I know it’s going to help people, because after I was born my dad had to go to Afghanistan for a year. This helps them to survive and be happy.”

Six organizations were beneficiaries of “Give Back Week” at Fairview Elementary School. Each grade The Lt. Dennis W. Zilinski, II Memorial Fund was the recipient of the efforts on the last day of the week, and the Memorial Fund will cover shipping costs for the packages.

The Lt. Dennis W. Zilinski, II Memorial Fund was created and founded in 2006 to honor local hero Lt. Dennis W. Zilinski, II, who was killed by a roadside bomb in Iraq in 2005. The twenty-three-year-old was a Middletown, New
Jersey resident, a Christian Brothers Academy alumnus, and a distinguished West Point graduate. Dennis was a member of the 187th Infantry Regiment, 3rd Brigade Combat Team of the 101st Airborne Division. Since his untimely death, family and friends have united with the Memorial Fund to provide support to improve the morale and welfare of members of the United States Armed Forces and their families.

One of the main accomplishments of the Lt. Dennis W. Zilinski, II Memorial Fund is sponsoring service dogs for wounded soldiers suffering from PTSD and TBI. To date, the Memorial Fund has sponsored more than 100 dogs at a sponsorship of $15,000 per service dog.